Want to attract a specif person?
Find out how to attract a person you like!
Advertisement
Home » Health & Wellness » Mindfulness for stress reduction 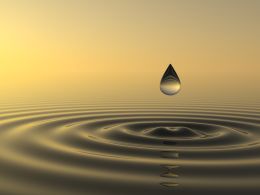 Mindfulness is an attribute originating from Buddhist philosophy referring to rational perception of one’s external reality. It is a very useful therapeutic approach for stress reduction and involves taking a balanced perspective toward one’s environment.

Since stress is characterized by a lack of psychological balance, mindfulness works to provide someone who suffers from stress with a fresh, healthier outlook toward their situation. In addition to working well for stress reduction, it should be noted that mindfulness should additionally be applied even for those who do not suffer from stress as it is capable at preventing stress as well.

Mindfulness is a mental state of heightened awareness

Although its title might suggest that mindfulness only refers to one’s mind, it refers to a unity between body, thought, and the senses. Mindfulness preaches that one has a heightened awareness of one’s external reality; it makes a person calm and singularly focused on one item at a time. Instead of dwelling on past and future events, people learn to focus on the immediate situation; this has the effect of heightening one’s involvement in their present reality while at the same time distancing one from becoming negatively disposed toward their situation.

Mindfulness is beneficial for stress reduction, since stress is predicated on being psychologically burdened to the effect that one cannot focus on their immediate, present reality. People who suffer from stress are often prone to dwelling on past events, such as a poor performance at work or a traumatic event that lingers in one’s mind. Practicing mindfulness can help someone filter such past events out of one’s mind, teaching them to discard events after they are completed. Alternately, stress often refers to anxiety over future events, such as an upcoming presentation or performance. By dwelling on the future, people become unproductive in the present, as they lose their focus on their immediate reality.

Even if a positive event occurs, one should refrain from becoming too excited about the occurrence as this overstimulation can create an expectation for continued success and produce stress in the future. A useful exercise is therefore to remind oneself not to get overly excited (positively or negatively) after an event occurs. Mindfulness re-acclimates oneself to the present, freeing them of the stresses that result from the outcomes of events.

Although mindfulness is often perceived as an approach for warding off negative thoughts, the overriding principle involves mental and emotional stasis. Therefore, it should result in people becoming non-judgmental.

Mindfulness exercises should be geared toward assisting one in reclaiming their sense of the present. The present should not be viewed with regard to how it will influence the future, or how it relates to the past; it is imperative that people focus on the present as it occurs, which often involves slowing down one’s sense of time so that they become reacquainted with the present. To this end, mindfulness exercises can include counting to 20 or going outside and listening to nature sounds. It is useful to include multiple sensory perceptions in mindfulness therapy as different modalities all stimulate one’s awareness of the present.