Want to attract a specif person?
Find out how to attract a person you like!
Advertisement
Home » Mind & Spirit » What is a Medium? – From a Mediums Perspective

What is a Medium? – From a Mediums Perspective 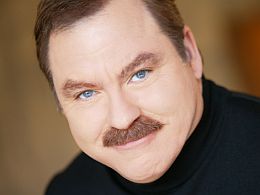 Have you ever wonder what a medium is? Who can answer this better than the well known clairvoyant and medium James Van Praagh!

The American author, producer, and TV personality – James Van Praagh – was interview by John Holland for the Hay House World Summit 2013. Here is a summary from that interview where he addresses his views on what a medium is. Also, you will find featured videos on mediumship with James Van Praagh, see below.

Did you know that everybody is intuitive and psychic to some degree? We are all born with a sixth sense, according to James Van Praagh. We need this awareness outside of the physical senses, in order to survive. Intuition is the language of the soul, and the word intuition means ”into the soul”. Psychics perceive, whereas mediums receive.

We are all perceiving, and a medium is very receptive. James Van Praagh explains that he doesn’t try to make spirits come forward, instead he invites them to come to him. He always begin with a short meditation in order to get in a receptive state. Then he invites the spirits to come forward and influence him with their thoughts, feelings, emotions, and their personalities. James Van Praagh is like a ”blank page” and they impress upon him everything that they want him to pick up.

James Van Praagh is known as a survival evidence medium, which means that his job is to bring through evidential details that proves survival of consciousness – that there is no such thing as death. This is brought from the specific details of information that comes through such as their names, or very intimate information like ”a tattooed butterfly on your right elbow”, or ”your personal effects are here in this drawer” etc..

What is a Medium according to James Van Praagh?

A medium is someone who:

Do you want to become a Medium?

Over the years working as a medium, James Van Praagh has discovered that it is helpful for a medium to be very open, and has had many life experiences, and is someone who understands the human psychic, in order to reach as many spirits as possible with their life experiences. A good medium also listens acutely, and listens with the totality of his/her beingness. There is a difference between listening and hearing, and James Van Praagh underlines that the more you listen, the more you are able to hear.

If you want to become a medium, you should ask yourself why – the answer should be that you want to help people. James Van Praagh believes that it is a big responsibility to work as a medium, and that is why people have to develop properly without rushing things. Being a medium is a life of service. For more information on mediumship, see videos on James Van Praagh: