Want to attract a specif person?
Find out how to attract a person you like!
Advertisement
Home » Mind & Spirit » The human AURA – James Van Praagh 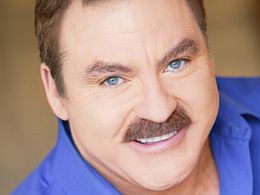 Learn all about the human aura! What weakens the aura? How can you protect and strengthen your aura? What is an aura reading, and what does the colors stand for? Learn all this and much more from the renowned clairvoyant and medium, James Van Praagh!

James Van Praagh was interviewed by Judge Holland for the Hay House World Summit 2013. Here is a summary from that interview.

(You will find a featured video below at the end on James Van Praagh, explaining energy and the human aura.)

James Van Praagh has worked as a clairvoyant and medium for many years and has a lot of experience when it comes to the human aura. The very first thing that he wants us to understand is the basics – that everything that exists comes from thoughts. Thoughts are real things and they affect our aura.

Aura is a subtle energy – with molecules that vibrates at another rate of speed – in different aura colors. Aura is the vibrational extended part of who you really are. Just because we can’t see thoughts or auras on this level, doesn’t mean that human auras don’t exist.

James Van Praagh explains that thoughts are like bullets that moves exactly to the target. If someone is thinking about you – good or bad thoughts – their thoughts get attached right to your aura – and these thoughts will sit on your aura until you clean them up!

What weakens the human Aura?

The major things that can weaken the human aura are: negative thoughts, limited thoughts, and fear, according to James Van Praagh. The human aura can also be weakened if the person is not physically healthy. If you are depleted and fatigued, your aura is weakened and moves closer to the body. Another thing that weakens the human aura is when we are unhappy. If you are in a relationship that is not working for you, or have a job that you are unhappy with, it weakens your aura. James Van Praagh had a client who had a whole in her aura next to her ear – and her husband used to yell at her, and into the same ear all the time! This is how powerful our surroundings are – they can strengthen or weaken the aura.

If you have a weakened aura, negative stuff can get in, and this is when it’s extra important to protect your aura.

How to protect your Aura

James van Praagh uses his mind to expand and protect his aura, and wants to share with you a simple technique that you can use to protect your aura: Visualizes a beautiful golden light all around you. Then visualize a mirror that is facing out from your body. You are sitting behind the mirror (not in front) so the reflection from the mirror is facing out from your body. Now visualize how any negative thought bounds right off that reflection from the mirror.

James Van Praagh used this technique everyday before entering the Universal Studios, as he was working on the TV-show Ghost Whisperer. The Universal Studios in Hollywood, is filled with egos and negative energy, and doing this visualization technique helped him stay positive. So, if you are often in a negative atmosphere, you have to protect your aura.

How to strengthen your Aura

Healthy diet, exercise and positive thoughts will strengthen your aura. If you are in a loving and happy life situation, you will get positive energy from your surroundings, and this will also be beneficial to your aura, according to James Van Praagh.

James Van Praagh is a clairvoyant and a spiritual medium. He often do aura readings, where he pick up information from the energy surrounding a person. Here is how James Van Praagh explains the human aura and what the different colors mean.

When spirits see us, the first thing they see is an envelope of colors surrounding us – the human aura. Our human aura represents what’s going on in our physical, mental, emotional, and spiritual being. Let’s see what the colors could mean when they are predominant within the aura:

How to work with colors to make changes in your life

James Van Praagh explains that you can bring colors into your aura if you want changes in your life. For example, if you want to be more expressive and let your creativity flow, you could bring in the blue energy into your life and expand the aura with blue light by wearing blue clothes, or put up a picture with blue colors etc.. When you bring in a blue color this way, your aura will send out a blue light and attract creative expressions into your life.

You can scan the human aura and see the history of the soul, not only from this life time, but former life times as well, according to James Van Praagh. Our memories are a part of the auric field. James Van Praagh can not only tune into the colors of the aura, but he can tune into the energy as well. When he does an aura reading /scanning he can actually see where the colors and energy in the aura has shifted. This shift in colors and energy indicates that something major has occurred. James Van Praagh is also able to tell how old the person was when the major event occurred.

When James Van Praagh does an aura reading, he can go all the way back to the time when the person was an embryo, and tell his/her feelings and energy from that time. He can also pick up the mother’s and father’s feelings at that time. He can sense how the aura has changed since the baby was born and continue the scanning process to when the baby gets older, to when the person becomes a teenager etc.. James Van Praagh can see the influence from the mother and father, and other major life events and traumas in that soul’s life. For example, if there was a divorce in the family when the person was 15 years old, he will pick up this information from the aura and tell how the event has affected this person’s soul.

Your aura is the extended vibrational part of you. Just because you can’t see or feel it, doesn’t mean that it doesn’t exist. You can project your aura far away to connect with a friend, according to James Van Praagh. Even though you might not realize this, but you have done aura projections many times before. Do you remember all those times when you have been thinking of a friend and suddenly this friend gets in touch with you? That is aura projection!

James Van Praagh sometimes do aura projections to make sure that his friends are alright. You can do this too. For example, if you have a friend who lives in another city – let’s say New York – you can do aura projection to get in ”touch” with them. According to James Van Praagh, you do the projection in your mind when you think of them, and then the human aura will extend all the way to New York! So, think of your friend and send your love. Your friend will feel your love and this will also strengthen your friend’s aura!