Want to attract a specif person?
Find out how to attract a person you like!
Advertisement
Home » Abraham-Hicks

Learn all about Esther and Jerry Hicks, Abraham-Hicks, their workshops, their appearance on The Secret, Oprah’s XM radio show, and much more!

Abraham is a group of consciousness with infinite intelligence, from the non-physical dimension. 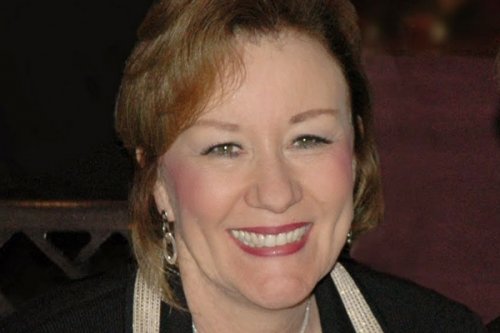 When Esther Hicks channels and becomes one with Abraham, the name Abraham-Hicks is used to define the alignment. Esther Hicks is a woman who has learned to channel these non-physical entities, called Abraham. She is able to open up a communication with Abraham and receives a block of thoughts from this infinite intelligence.

Abraham-Hicks is the great teacher of the Law of Attraction. The infinite intelligence, called Abraham, wants us to know that the basis of life is freedom and the purpose of life is joy!

Can we all channel Abraham?

Esther Hicks uses workshops as a platform for people to communicate with Abraham and learn more about the Law of Attraction. Esther Hicks used to do these workshops together with her late husband Jerry Hicks who passed away November 18. 2011. Today, Esther Hicks continues this work alone, but with the inspiration from Jerry Hicks from “the other side”.

The Abraham-Hicks Workshops are held all over the U.S. in almost 40 cities every year. Participant on these workshops may ask Abraham-Hicks about anything they want. The answers are then channeled through Esther Hicks and communicated with clarity and wisdom. Abraham who is the infinite intelligence, has a deeper and broader perspective on things that can be very enlightening.

As you watch the Abraham-Hicks videos recorded from these workshops, you will find clarity for yourself. You will find tools to manifest our dreams!

Learn about the Law of Attraction with Abraham-Hicks

If you are coaching yourself to become more enlightened, we recommend you to watch the inspiring Abraham-Hicks videos. We at SpiritualCoach.com have included some fantastic Abraham-Hicks videos to make your self-coaching process easier, and they also come with a summary to amplify the learning process!

We also recommend you to read books by Esther and Jerry Hicks (Abraham-Hicks). These books give you tools to coach yourself on the Law of Attraction; how you create with your thoughts, and how to direct your thoughts in order to become the receiver of your dreams.

Furthermore, Esther and Jerry Hicks have produced many other inspiring spiritual products such as DVDs, CDs, card decks, calendars and kits. These products can be of great value if you want to coach yourself on your spirituality.

Enjoy your spiritual journey with Abraham-Hicks. You will definitely see your life differently through their wisdom!

Video with Esther and Jerry Hicks

Watch the video below and learn more about the teachings of Abraham-Hicks. Find out how Esther and Jerry Hicks first got to know Abraham. This introduction is from the DVD “The Secret Behind The Secret“.

In this video, Esther Hicks talks about the tools and practices that she has learned from Abraham, the infinite intelligence. Esther Hicks has been using these Abraham processes in her everyday life for years now, but she found them especially helpful when the love of her life – her late husband – Jerry Hicks passed away in 2011. Esther Hicks shares some great advice that you can apply to your own life.

Enjoy the conversation with Esther Hicks and Reid Tracy, the Hay House President and CEO. This interview was aired during the Hay House World Summit 2013.