Want to attract a specif person?
Find out how to attract a person you like!
Advertisement
Home » Abraham-Hicks » Esther and Jerry Hicks 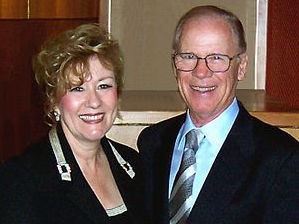 Esther and Jerry Hicks – two people who really knew how to enjoy life! They loved to have fun and seek new adventures.

On November 18, 2011, Jerry Hicks passed away, but his inspiring love for life continues to live on within us.

Esther and Jerry Hicks wrote many best selling books together. Their teachings are about the Law of Attraction and how to manifest our dreams. Esther and Jerry Hicks visited over 40 cities in the U.S. every year to offer workshops about the Law of Attraction. They loved traveling around the states in their “Monster Bus” (see video below), meeting friends along their way to their workshops.

Who is Esther Hicks?

Esther Hicks was born in 1948 in Coalville, Utah. She got married and had a daughter, named Tracy. Her marriage didn’t last so Esther Hicks moved on with her life and later met Jerry Hicks.

Esther and Jerry Hicks got married in 1980. Esther describes her late husband Jerry Hicks as “the world’s most intense question-asker”. Unlike Jerry Hicks, Esther was not a person who spent her time thinking about things too deeply. She was content simply to watch the world go by.

In 1986, Esther and Jerry Hicks began to meditate daily and after about nine months, Abraham came knocking on Esther’s consciousness. Abraham was summoned by Jerry’s inquisitiveness (asking) and Esther’s receptivity (receiving). Esther Hicks tells, “I’ve never met a person who wanted to know more than Jerry”. Jerry Hicks never got tired of asking and continued posing questions to Abraham the remaining 25 years of his life with great passion.

Esther Hicks also loved driving their “Monster Bus”, see video below. She has described herself as a partner, lover, satellite up-and-down-loader, laptop toter, fun and games co-conspirator and organizer.

Who was Jerry Hicks?

Jerry Hicks explored the subjects on how we create our lives and how to use our power in the present moment and be happy. Jerry Hicks offered Abraham’s words to those ready to hear them, without ever getting bored or tired. He always participated in the seminars with a fantastic enthusiasm.

Jerry Hicks was a very unique person who managed to fulfill all of his dreams. He always wanted to understand life and was never afraid of trying new adventures. He worked as circus performer, juggler, boxer, singer, gymnast, radio show host, comedian, millionaire entrepreneur, and as spiritual teacher through books and workshops together with his wife Esther Hicks.

As Jerry Hicks grew up, his family was very poor. As a child he was very sick and the doctors didn’t think he was going to survive the winter. But he survived and got to enjoy almost perfect health and vitality. He became rich, in all aspects. By the time he met Esther, Jerry Hicks had built a multi-million dollar business with over 100,000 employees. He was never interested in money but his success spring boarded as he, by chance, red the book Napoleon Hill’s “Think and Grow Rich”. His primary interest was always to have a wonderful life and being free. After many negative relationships, he found what he always dreamed of. He had a wonderful relationship with Esther that he describes as “spectacular”. They lived together in San Antonio, Texas. They also loved driving around to their workshops all over U.S. in their “Monster Bus”, see picture and video tour below. 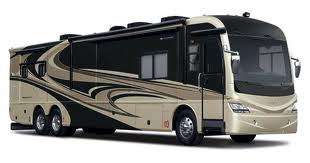 The “Monster Bus” – The End of an Era

After 10 years of traveling with their “Monster Bus”, Esther and Jerry Hicks decided to give up their “Monster Bus” for other travel arrangements. Esther Hicks found it difficult to come to a clear decision about this, but the Law of Attraction helped her through manifestations. Watch the video below to see how “problems” actually can be the shortest route to whatever we have put into our Vortex.

When did Jerry Hicks die?

How old was Jerry Hicks when he died?

How did Jerry Hicks die? 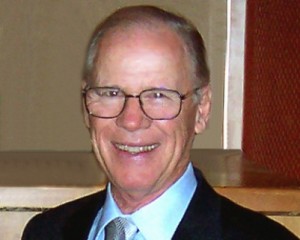 On November 23, 2011, five days after Jerry Hicks passed away, Esther Hicks wrote an inspiring letter on their web-site about her appreciation for Jerry Hicks. In the letter she explains that she is able to catch glimpses of Jerry, but in order to “easily play with him” she is determined to release her own resistance to physical death. Her desire is to continue her experience with both Abraham and Jerry Hicks. She is eager about the future and is certain that the experience will be fun.

Click on the link below to read the whole letter by Esther Hicks, and you may also add your own comments of appreciation for Jerry Hicks:

See what Abraham-Hicks – the infinite intelligence – has to say about Jerry Hicks’ death / transition in the video below. This video is taken from the Abraham-Hicks Workshop that was held in Phoenix, Arizona, on December 10th, 2011.