Want to attract a specif person?
Find out how to attract a person you like!
Advertisement
Home » Law of Attraction » Deliberate Creator

Law of Attraction – How to become a Deliberate Creator

In this video, Abraham-Hicks is coaching on how to become a deliberate creator by finding a way to managing the vibrational gap. Don’t forget to read the summary below the video.

The video was recorded in February 2008, at an Abraham-Hicks Law of Attraction Workshop.

The Law of Attraction is the basis of all things and says: “That which is like unto itself is drawn”.

There are 3 steps in becoming a deliberate creator. Your work begins on step 3, because the first two steps work out by itself.

By focusing on positive aspects in life, and by focusing on what you want (and not the problem), you become a deliberate creator and receiver of whatever you are asking for.

– Stop telling the story of “what is”

You can not continue to tell the story of “what is” if you want something to change. When you beat the drum of the absence of something you want, you tare yourself apart from your non-physical expanded you, that has already become all that you want. When you tare yourself apart from who you really are, you feel negative emotions. This is an indicator of resistance. Negative emotions are telling you that you are resisting the “stream” of becoming all that you already are.

If you want to feel good, you must allow yourself to be what life has caused you to become. You have to let yourself to be what you have become. You have to tell a different story. Tell the story that you have already created in your non-physical extended version of you. Tell the story of well being and happiness. Talk about what you want and stop talking about what you don’t want.

The Law of Attraction – Self Coaching Tips

The Law of Attraction is the basis, and the Art of Allowing is the process.

Shift your energy and become the vibrational equivalent to Source Energy within you, by stating:

“Nothing is more important than that I feel good”

“It’s my dominant intent to look for that, which I am wanting to see”.

Esther and Jerry Hicks have written a book that is called  “The Amazing Power of Deliberate Intent” that can be very helpful if you want to manifest your dreams. 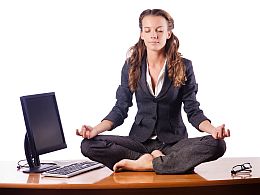 “Nothing is more important than that I am feeling good”