Want to attract a specif person?
Find out how to attract a person you like!
Advertisement
Home » Healing Tools A-Z » The Alexander Technique 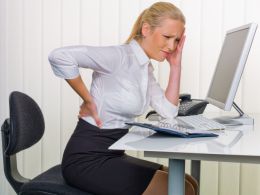 What is the Alexander Technique?

If you have back problems or suffer from headaches, the Alexander Technique may be for you. For many years, it’s been widely used by actors and dancers to improve their movements and vocals and to overcome performance anxiety. Today, more and more people are turning to the Alexander Technique to release tension in their bodies, caused by long hours in front of the computers, both at work and home. The Alexander Technique can help you to respond to stressful situations in a healthier and calmer way, and improve your self confidence.

The Alexander technique is a procedure that allows people to use their bodies in a tension-free way. Through utilizing the technique, one can operate their body in the most efficient way possible. The technique is all-encompassing and someone who utilizes it applies it to every movement in their life, see video below.

It was founded in the late 1890s by Frederick Matthias Alexander, a British stage actor. Although it was originally created as a means to assist one’s breathing during stage performances, it has since become an accepted pain management technique and there is some scientific evidence that the Alexander technique assists in improving one’s pain.

How does the Alexander Technique work?

The Alexander technique was developed out of the belief that people with joint pain (among other afflictions) suffer because they have not mastered how to manage their posture and body comportment. The technique is taught through an instructor and the student learns the process empirically, learning how to manage their body through hands-on instruction from the teacher. This involves a number of repetitions, with the student repeating the exercises until they have mastered bodily positioning. For the most part, exercises are not predetermined or universal, and the training should be individualized to reflect the types of movements that the patient experiences in their life. There is one exercise that is universally employed, however; students are taught to rest using a semi-supine position, which is said to relieve muscle tension.

Strong emphasis is placed on balance and economy of motion. When learning in groups, students are taught to observe one another as this can help one adopt the correct posture. Because it involves overhauling the way in which a person manages their body, the Alexander Technique takes substantial time to learn and it generally takes a minimum of 20 lessons (often significantly more) before the student becomes proficient. A main obstacle is that people are often not aware of how they comport themselves, so the technique requires one to become cognizant of their comportment at all times; accordingly, the time needed is largely a product of the individual and how motivated they are to break from their inhibitions. The challenges of learning the technique are more psychological than physical since the student must relinquish the muscle memory that has been ingrained.

What is the Alexander Technique used for?

Although it can benefit everyone, the Alexander technique is mainly employed by those in professions that stress economy of motion. This includes actors, musicians, athletes, or dancers. Additionally, it is also used by those who suffer from afflictions affecting how people manage their bodies, such as people with Parkinson’s disease. The Alexander technique is also used for helping people with chronic back pain, neck pain, and migraines.

What are the benefits of the Alexander Technique?

The Alexander technique allows people to move efficiently and helps one feel lighter and more graceful. In addition to its physical benefits, many people report increased self-esteem. It has also been shown to relieve symptoms associated with depression, phobias, and speech problems. In many cases, individuals get taller through application of the technique.

The benefits of the Alexander technique include relief of chronic back pain, stress relief, improved posture, poise, breathing, and presence of mind, according to testimonials.