Want to attract a specif person?
Find out how to attract a person you like!
Advertisement
Home » Money & Success » Can Money Buy Happiness According to Science?

Can Money Buy Happiness According to Science?

The relationship between money and happiness is difficult to elucidate; while it is a truism that money cannot buy happiness, scientific research indicates that one’s personal status is the chief arbiter of happiness. 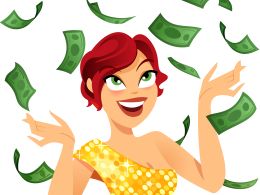 Although status and money are not one and the same, there is a clear correlate between the two that cannot be disregarded. Nevertheless, scientific research has found that one’s status results most from the attitudes that one’s acquaintances feel toward them.

For example, a very wealthy person could be disliked by a community if they were not generous or had an unappealing personality. In turn, the animosity that the community feels toward them would engender unhappiness, despite their financial fortune. Similarly, one could live in a community filled with wealthy people, in which case their money would contribute little to elevating their status within the community. In this case as well, one could easily be disliked by their peers, which would most likely result in them not being happy.

The phrase “can money buy happiness” is most often expressed with regard to those who attempt to purchase the approval of others or simply a feeling of good will. Scientific studies have shown that such attempts almost never result in happiness, since happiness results from the relationships that one cultivates.

To this end, money can play an integral role in that in certain settings, people often need to possess substantial amounts of money in order to cultivate such relationships. However, if someone came into contact with a substantial sum of money and purchased a home in a wealthy community, in no way would this guarantee them happiness since they would still need to gain the esteem of their fellow citizens which is the foremost criterion for satisfaction.

One additional factor in why money does not buy happiness is that people become acclimated to whichever socio-economic realm they inhabit. Someone who is poor becomes accustomed to having very little money, but could still be happy if they were held in high regard in their community.

This same person could come into an inheritance and join more rarefied socioeconomic strata, but over time they would become accustomed to having great wealth and this would not give them happiness. In fact, their newfound wealth could result in them becoming unhappy, as they might lose the friendships that they had cultivated and have a difficult time forging relationships with others in their wealthy socioeconomic group.

The relationship between money and happiness is therefore very complex and there is no single path to becoming happy. It should be noted, however, that the association between wealth and satisfaction should not be disregarded entirely, as money could help someone gain influence within their community. The arbiter of happiness is one’s standing among their peers, and while money may assist in this regard, there is no direct causation between wealth and contentment. Ultimately, while it is perhaps disconcerting that people rely on the approval of others for their own happiness, this is the case regardless of how much money one possesses.