Want to attract a specif person?
Find out how to attract a person you like!
Advertisement
Home » Healing Tools A-Z » NLP – Neuro-Linguistic Programming 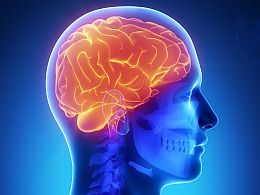 NLP stands for Neuro-Linguistic Programming, and is a method for developing personal excellence. A person can change their behavior purely by adopting linguistic and bodily patterns, according to the creators of NLP, John Grindler and Richard Bandler. There is a connection between:

These three connections can be used to achieve specific goals in life, according to its creators. This is why NLP uses language (including body language) to generate changes at the neurological level.

NLP treats the mind similarly to a computer program, attesting that by adopting the mannerisms associated with a given behavior, one can not only possess the behavior in their ‘arsenal’ but also employ it whenever desired. It should be noted, however, that there is little empirical evidence testifying to the efficacy of the approach.

The history of NLP

Neuro-Linguistic Programming (NLP) was developed at the University of California at Santa Cruz in the 1970s. The founder Richard Bandler was a student of mathematics and computer science, and his co-founder John Grindler was a professor of linguistic. When they went from producing academic papers, to writing popular books, NLP spread fast in popularity. Due to arguments between the creators, the NLP brand was adopted by other training organizations in the 1980s. In 2001, Bandler and Grindler agreed to known as co-founders of NLP. Today, there are many variants of the practice of NLP and there is a great variation in the training and standards of NLP practitioners.

How does NLP work?

After the patient has entered an attentive state, the patient describes their mental state, as well as the behaviors that they wish to adopt. The therapist then confirms with them the behaviors that they wish to adopt and has them consider the likely consequences; this is important since patient’s often misrecognize their situation and their goals are either not realizable or could have deleterious consequences.
It is crucial that the patient has a great deal of confidence in the doctor as they are effectively entrusting the doctor with the authority to instruct them in how to behave. After finalizing the desired outcome, the therapist assists the patient in acquiring the behaviors, typically using linguistic as well as physical queues. For example, a patient may state that they want to become more focused. In response, the therapist would provide them not only with how to mentally approach a situation in a more focused manner but also how to appear as though they are focused.

What is NLP used for?

Neuro-Linguistic Programming (NLP) is used for patients who wish to acquire new mental processes and ways of perceiving the world. It is particularly useful for those who repeatedly tend to succumb to an unwanted behavior or those who cannot overcome trauma, representing a drastic measure in which the patient attempts to literally re-program their brain.

It is said that NLP can help individuals to be, do, or have anything they want, either professionally or personally. It is useful for anyone who wants to increase their performance, or overcome problems. NLP can also help organizations achieve major culture shifts.

What are the benefits of NLP?

Although Neuro-Linguistic Programming (NLP) has been used to varying degrees for decades, there is little evident verifying the benefits. Indeed, many contend that it has no grounding in science, and there is the danger that it places the patient in an excessively subservient position with regard to the therapist. Nevertheless, those who advocate NLP state that it helps patients adopt behavior and mental perspectives that they are unable to acquire without the instruction of an authority figure.

The benefits of NLP can be life changing, according to testimonials. NLP can help you change, adopt or eliminate behaviors as you desire. You will remove limiting beliefs and learn new and effective ways to communicate. It is also said that NLP can help you choose your thoughts and emotions at any time, and lead a desired life.