Want to attract a specif person?
Find out how to attract a person you like!
Advertisement
Home » Abraham-Hicks » Abraham – Oprah XM Radio

Esther Hicks was interview on Oprah’s XM Radio Show. The radio show was aired on 04/05/07.

On Oprah’s radio show she asks about Esther Hicks‘ involvement in The Secret. Oprah and Esther Hicks also talk about the Law of Attraction, and how Esther Hicks learned to channel Source Energy, called Abraham. Find out this, and much more! Enjoy their conversation! 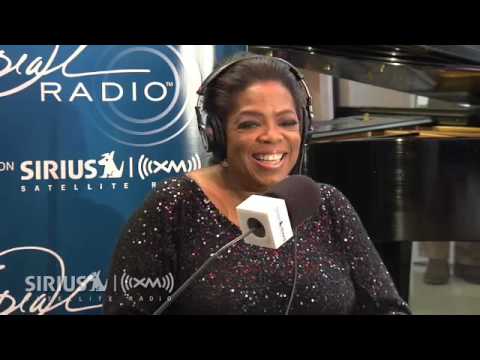 In this video Oprah talks of why both she and the mainstream population were no yet ready for “Abraham” and Esther. Abraham is the name for the collective entity that channels through Esther Hicks.

Esther mentions that she was excluded from the movie “The Secret”. This is because the director for the movie, Rhonda Byrne, thought it wasn’t a good timing to let people know about the concept that everyone is always connected to what is called “Source Energy”. She also thought it might be a little bit too much to mention and embrace that people’s energy vibration is what fuels the Law of Attraction.

Oprah is a big fan of spirituality and enjoys talking about anything that has to do with personal development. While she embraces Abraham, she just felt that the general public would not embrace the thing with channeling. For many it seem to be quite “spaced out”. That is why Esther wasn’t invited to one of Oprah’s TV shows. A radio interview is what Oprah thought would be best, and it would be easier to embrace since many her radio listeners are open to things in terms of spirituality.

Oprah further talks about the enormous impact that the “The Secret“ movie have done on people, and how the interest is growing for this topic about the Law of Attraction. Esther Hicks who is the co-author of “The Law of Attraction: The Basics of the Teachings of Abraham”, mentions that as inspirational speaker she is not working by herself. She channels a “collective voice” which is called “Abraham”. That is why she likes to call the material that is coming through for “Abraham-Hicks”. During the radio session, there is an opportunity when Oprah gets the chance to communicate with “Abraham”. Esther prepares herself by breathing, relaxing before allowing the collective voice to come through her. Oprah does not really know what to expect when she experience Esther channeling the collective consciousness, but she is very excited about it. Once Esther is channeling, Oprah notices that Esther is speaking in a little bit different way with another tone to her voice. Esther mentions for Oprah of what Abraham can bring to people. Abraham is not interested to tell what people should or should not do, because everyone is to create their own true reality. Abraham is only interested in communicating how everyone can create their own life path. Every circumstance and event that you are involved in is attracted by only you. With your thoughts, you will be able to change things.

Oprah concludes that with an understanding of the Law of Attraction, together with the understanding that you deliberately can create your own life, will without doubt show you a way to complete freedom as long as you practice to allow it.